Getting to know: Simon O’Brien

We’re grateful to have Simon O’Brien as our Technical Support Manager (aka Guru) and one of the founding fathers of our team!

Simon has a wealth of knowledge from his longevity of tenure and of course working with a huge variety of QSRs globally.

There is nothing Simon doesn’t know about our products, services, or our customers’ technical requirements (unless it hasn’t been required or invented it yet!)

Simon has kindly written an article below about the early days from the late 1980s to 2009.  It’s interesting and gives insight as to some of the changes Simon has seen along the way (not to mention moving offices more times than “hot breakfasts!”)  Now we understand why his home office desk is so tidy! LOL!

We’re hoping to have further installments from Simon for the newsletter covering some of the unusual situations he’s encountered throughout his varied experiences with Summit Innovations! 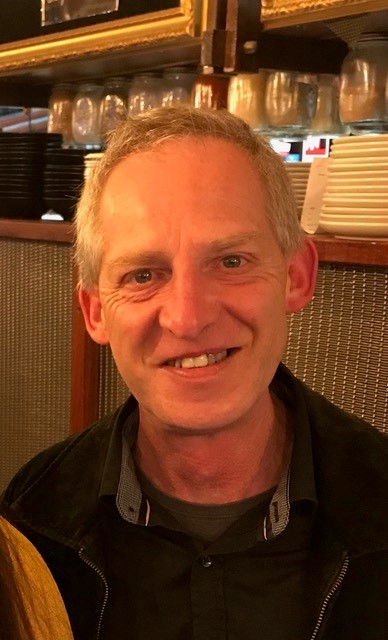 “Most may not realise, but Summit Innovations’ roots go back as far back as the late 1980s.

A company called Designer Sound in the 1980s worked on the public address, Intercom, and Fire Evacuation systems with a small amount in the fast-food aged care sectors. It changed its name to Sontec in the early 1990s with essentially the same management and staff.

I joined Sontec in 1991. The company grew and at one stage there were 5 installers, 3 service techs on the road, and 4 salespeople for the QSR, Audio and Nurse call.  In addition, there was a warehouse manager and administration, workshop manufacturing, and in-house service teams.

I was primarily doing the Nurse Call Systems in aged care facilities utilising “Calltec” as a service tech at the time and would get called out at all hours of the nights and weekends.

In 1999 Sontec was bought out by Chubb Security.  This inevitably proved fatal at the time both for Sontec and mostly Chubb as we were all moved from our offices in Murrumbeena to their head offices in North Melbourne.

Chubb had made the mistake of only taking the name of Sontec (which they called Chubb security, incorporating Sontec).  They hadn’t bought out the original name “Designer Sound” – which many in the QSR industry knew.  A new small business emerged in Warranwood doing Public Address systems initially and later moved into QSR projects. 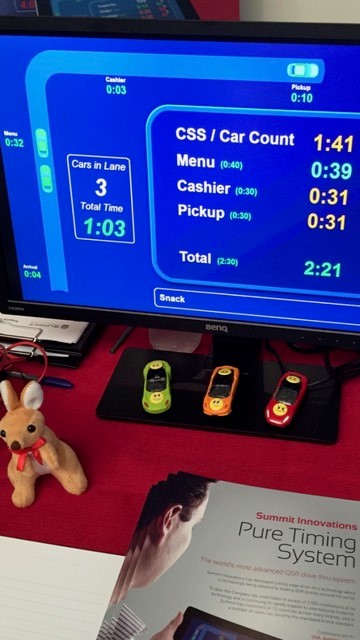 Offices were relocated again to Mulgrave.

Tecsound hit a “snag” when McD Australia Corporate IT realised that the timer had never been approved by them so it was no longer permitted to be installed.  Instead, Tecsound was to only install the “HME ZOOM40” running (at the time) on Microsoft Windows Millennium Edition. The strange thing is that McDonald’s IT decided that it was a “Safe” system because when booting up the system, it had 2 distinct booting priorities, one of which was “Linux” so they assumed it was based on Linux whilst in reality it wasn’t. However, they still passed it for store deployment.

Meanwhile, it was decided to rewrite SQSRM so it could be placed on the networks like the Zoom40 was and this was called the “lockdown version”. It was based windows “XP” and was locked down so that there was literally no access to any aspect of windows without a master code to unlock. This required modifications to the actual registry, removing all visual aspects of the windows interface and only leaving SQSRM as a display. 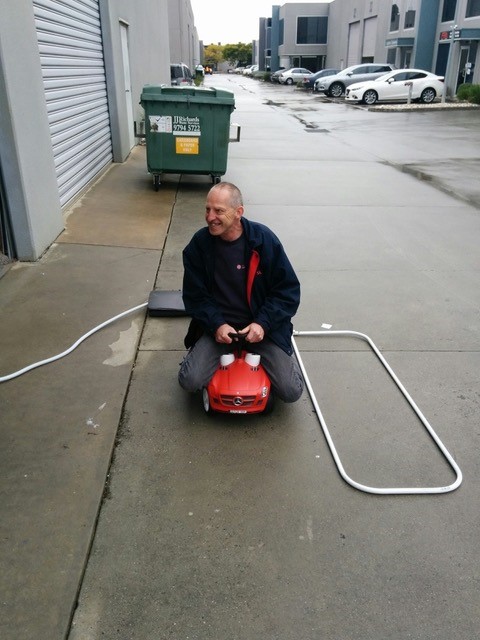 Another company called “Summit” was started in 2009, working out of a shared building in Ringwood in the “bat cave”, as it was effectively pitch-black without lighting. I subsequently joined the new Summit team from a slowly failing Tecsound.

After meetings and discussions, the revamped version of SQSRM was approved by McDonald’s and we set about upgrading the original systems as well as new installations connected to their internal EoPs scoreboard system. Summit started growing and began designing a new timer system that was offered to HJ and KFC.

Summit employed more staff and welcomed a lovely lady by the name of Marlene Lombard and soon after moved to Keysborough. Tecsound later announced that the business was shutting down so Summit was contacted by the QSR companies and asked to take over the business, which in part encompassed outstanding warranty works for McDonald’s.

The version of the world’s first digital loop detection system “Mera” was developed. Named after the Mera Peak in Nepal, in line with the theme of “reaching the Summit”.

Some of you will remember Chris Close, who then came on board to focus on our global expansion and initially set off to visit central and south America, where we had some of our earliest offshore wins.

Summit hasn’t stopped growing and expanding since… But that’s a story for another time.